Ah, Koh Phangan! It is an emerald casually cast into the Bay of Siam, exquisite but rough-hewn. And it will always have a special place in our hearts as the setting for one of the most exquisite beaches we have ever had the delight of discovering.

When we first encountered it, years back now, there was little to be found alongside the wide crescent of Thong Nai Pan Noi beach, save for some idyllic beach shacks complete with hammocks slung between the palms and a scattering of cheap but excellent eateries.

At night, the murmuring waves were full of phosphoresence as we walked across the still warm sand in search of supper, while hippy fire-jugglers provided pyrotechnics beneath the star-dusted sky.

That enchanting beach – something of a legend among travellers –  is still there. But now it is graced by a handful of resort hotels, chief among which is the superlative Anantara Rasananda, luxurious, cool and elegant and Yonder’s inevitable choice of accommodation on Koh Phangan.

For many the name Koh Phangan equates with the Full Moon Party at Haad Rin. Once a month that beach resort is swamped by 30,000 backbacking revellers who party through the night to loud, mesmeric music beneath the moon’s cool gaze.

But for the other three weeks of the month, after the herbal haze over Haad Rin has dissipated and the beach made pristine again, a delicious tranquility descends over Koh Phangan. The island’s beautiful bays, beaches and thick jungle await discovery.

Koh Phangan has always been a beautiful and spiritual place for the Thai people, it has been visited by no less than four Kings of Thailand; with the Great Rama V coming over 10 times, leaving his royal seal engraved on a rock at Than Sadet Waterfall; and the current King Bhumibol following in his footsteps.

Until  Koh Phangan’s spanking new airport opens (it has been rumoured for years so we won’t hold our breath!), this is a place you have to make an effort to visit – and is all the better for it.

Until then, you can only arrive by boat. The easiest access is from Koh Samui 15km to the south – of course, if you are a Yonder guest you can elect to travel in your own private speed boat rather than use the ferry.

From the small port town of Thong Sala, you journey across the island’s jungle interior in air-conditioned comfort on the new concrete road (believe us, this was much more of an arduous trek in the days before the road was built!) to the quiet beauty of Hat Thong Nai Pan Noi on the island’s west coast – far from the excesses of Haad Rin and the Full Moon Party.

Thong Nai Pan Yai, the quieter sister beach to Thong Nai Pan Noi, lies just to the south beyond the headland occupied by the Panviman Resort and makes for a great change of scenery. The quieter of the two beaches, slightly longer and almost as beautiful, it is home to the main village of the region. Further afield, there’s a lively night market at Thong Sala if you want a trip out.

Most of the bars and eateries are to be found along the long crescent of the beach and walking out into the warm night on that soft sand in search of a feast is a joy that will remain with you for ever. For an evening’s variation, there’s a small village immediately behind the beach with a few cool bars and an old-school Phangan vibe. 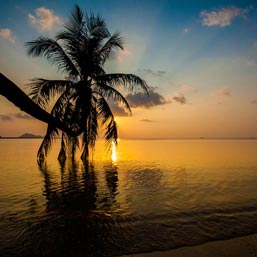 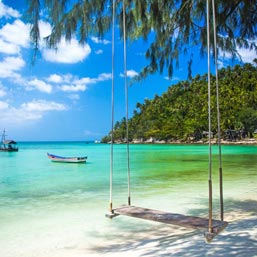 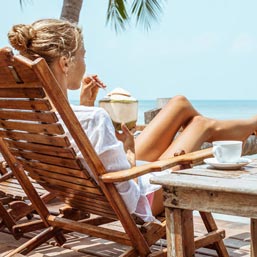 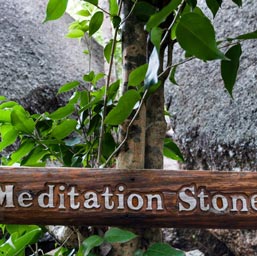 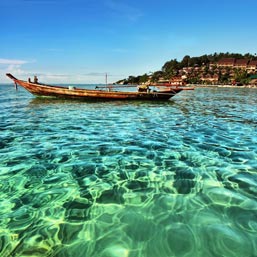 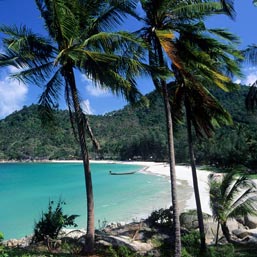 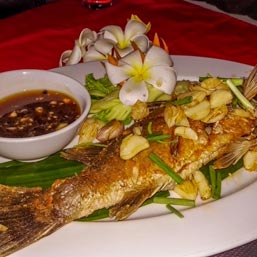 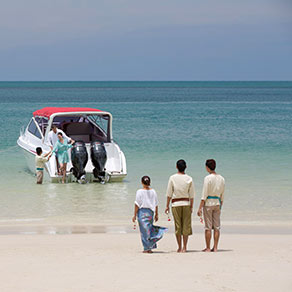 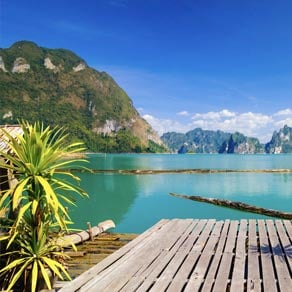 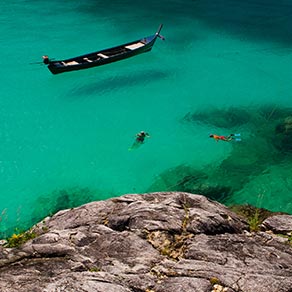 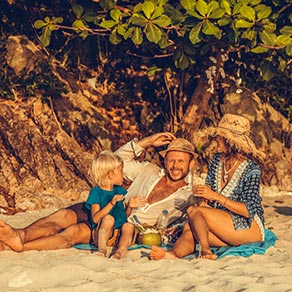 Exceptional value for money hotel besides one of the most spectacularly beautiful crescent bays in Thailand. Eight room categories to suit all tastes, courtyard pool, spa, watersports and sensational beachside restaurant.

If you only do three things in Koh Phangan…

Take a hiking trip through the jungle to visit Koh Phangan’s beautiful waterfalls, most notably Than Sadet, a favourite with Thai kings. You’ll feel like a great Victorian explorer!

You can hire motorbikes to explore the island but be warned some of the lesser roads are simply dreadful. Far better to explore the many idyllic bays and beaches on an all-day boat trip. If you find a spot you adore, you can always return by water taxi.

Visit Ko Maa off the northwest coast. It offers some of the best snorkeling on the island.

We watched from the shade of a sala as a beautiful couple arrived at Thong Nai Pan Noi by speed boat, wading ashore in swimwear, their eyes full of wonder. Exactly how we felt when we first saw this beach!

We watched from the shade of a sala as a beautiful couple arrived at Thong Nai Pan Noi by speed boat, wading ashore in swimwear, their eyes full of wonder. Exactly how we felt when we first saw this beach!