Speak to any Sri Lankan about their country and the first question you’ll be asked is: ‘Have you been to Kandy?’ Why? Because Kandy is a special place. Journey here for your culture fix. History and creativity can be found in abundance, and, what’s more, at an altitude of 500m, Kandy offers a cooler temperatures than elsewhere in Sri Lanka, with colourful buildings and a beautiful lake at the heart of the city all surrounded by forested hills, while busy street markets, bus stations and restaurants provide that urban buzz.

A UNESCO World Heritage Site, ancient Kandy is widely accepted at Sri Lanka’s cultural capital. In fact, it served as the actual capital of Sri Lanka’s last Sinhalese kingdom, which finally fell to the British in 1815. Even today, locals see themselves as a little different – maybe just a little superior – to Sri Lankans from the island’s lower levels.

Kandy is home to the most sacred temple in Sri Lanka; the improbably named but nevertheless deeply spiritual Temple of the Tooth. Here is housed the much revered one surviving tooth of Buddha, making it one of the world’s most sacred Buddhist sites.

Apart from its sacred molar, Kandy is probably most famous for its renowned Esala Perahera festival, one of the most colourful religious pageants in Asia, when a huge procession of dancers, jugglers, musicians, fire-breathers, and lavishly decorated elephants snake their way through the streets to the Temple of the Tooth.

During the colonial period, the British established botanical gardens in many cities and towns but the Kandy Botanical Gardens sit at the top of the pyramid. Today, they are tended with love and care and remain a Kandy landmark. We’ve been tons of times and always find a delightful little corner we haven’t discovered before.

Kandy is also the starting point for a spectacular train journey through Hill Country and the rolling tea plantations. The train operates a regular commuter schedule, so you’ll also see real life at all of the stations along the way.

It has to be said, Kandy is a little behind the curve on the Sri Lanka eating and drinking scene. It doesn’t actually matter, as most hotels are situated outside the town centre and have their own reliably good restaurants. That said, there are a couple of good restaurants and cafes in the centre where decent Western and Sri Lankan food can be found. Good for a spot of lunch between tours.

The bar hangouts are a bit more hit and miss and it would be wise to describe the options for a night out as limited.

Kandy is a city that is rich in history and culture. The most famous landmark, and the main reason why people visit, is the Temple of the Tooth, said to house a tooth of the Lord Buddha. The tooth is stored in casket deep within the temple and isn’t on public display. However, the room which houses the casket is exquisitely adorned with ornate woodwork and carvings. The architecture is generally beautiful and the various buildings that make up the temple complex are steeped in history.

The Temple of the Tooth is the centrepiece of Kandy. Around it are some worthwhile museums. The Raja museum with its taxidermy of an old temple elephant is extraordinary. It’s huge! There are some lovely walks around the end of the Kiri Muhuda lake (literally translated as the Sea of Milk). 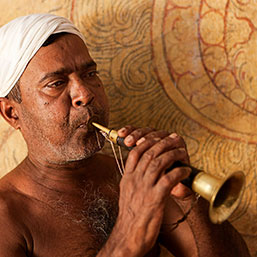 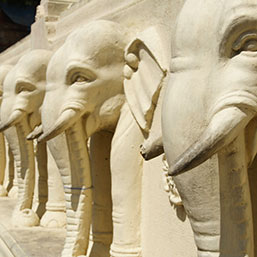 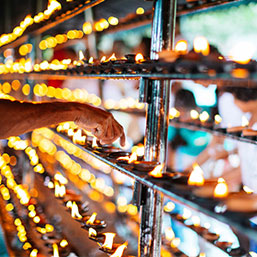 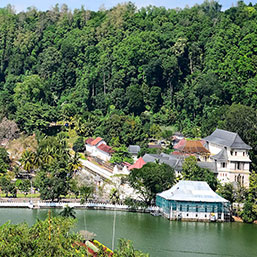 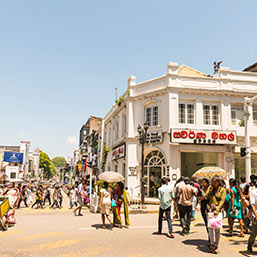 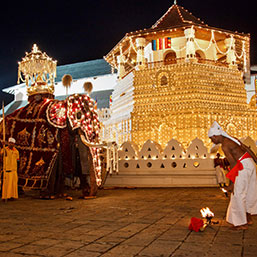 Yonder exceeded all our expectations and sorted such an incredible honeymoon for us. Efficient, organised and personable with fantastic local knowledge.Would strongly recommend!

Exceptionally pretty old manor house, skillfully converted into a boutique hotel with style and charm. The number one hotel in Kandy, it only has nine rooms and competition for a reservation is intense. Aperitifs on the lawn are a delight.

When you book with Yonder, you can be absolutely sure that you’ll have someone to turn to whenever you need to.

Your hard earned dosh is 100% secure

If you only do three things in Kandy…

The Temple of the Tooth is cream of the crop. Leaving without seeing it would be like visiting the Vatican without marvelling at the Sistine Chapel.

The Kandy botanical gardens are truly beautiful and the orchid house is an intoxicatingly-scented hit every time.

Despite Kandy being a tourist hot spot, daily life unfolds just meters from the main sites so leave time for a gentle wander just to take it all in.

So much to explore in Kandy

Where to go in Kandy

When you book with Yonder, you can be absolutely sure that you’ll have someone to turn to whenever you need to.

Your hard earned dosh is 100% secure

We found the locals completely charming. As we walked through the streets surrounding the temple, we had fragrant jasmine garlands put round our necks and purple lotus flowers thrust into our hands. No payment was required for apparently it was good karma.

We found the locals completely charming. As we walked through the streets surrounding the temple, we had fragrant jasmine garlands put round our necks and purple lotus flowers thrust into our hands. No payment was required for apparently it was good karma.