In British colonial times, Penang Island, on the north-west coast of the Malaysian Peninsular, achieved legendary status and was known as ‘the pearl of the Orient’. We think this status was not only richly deserved but that it still applies today.

For us, there are only two luxury hotels in Penang worthy of your presence on your Malaysia holiday. What is our criteria for a luxury hotel in Penang? Simple. History, elegance and service. And our selections will have you salivating to sample them during your Penang holidays.

In fact, Penang is a feast for all the senses. From Malay to Indian and from Chinese to Thai, the George Town food scene really is remarkable. There is everything from street vendors who grill mouthwatering chicken satays on their their charcoal barbecues to street corner indian restaurants serving fabulous samosas and curries. Like us, you’ll soon cast aside any hesitations about eating street food, and get stuck in with gusto. How many chicken satays is too many, anyway?

George Town is listed as a UNESCO world heritage site and it’s not hard to see why. The grand British Raj-era architecture, dwarfed now below soaring Western-style skyscrapers, combined with ancient wooden shophouses and traditional narrow streets that hide a fascinating mixture of Chinese temples, mosques, decorated shrines and unique shops, make it truly fascinating. Your olfactory glands will be overwhelmed by diverse scents, from the rich aroma of coffee roasting over a fire, to the heady mixture of Indian spices emanating from tiny shops.

And, saving the best till last, we think the little-known street art of George Town is magical. It’s a true treasure hunt to uncover the most amusing and intriguing murals on random walls along otherwise unremarkable streets. Many a rewarding hour can be spent on this quest.

Any article you read about Penang will wax lyrical about the food. And not without good reason. The food in Penang is a genuine treat. Four of the great cuisines of Asia all compete to delight your taste buds.  Native Malay, Chinese from generations of traders, Indian from the descendants of workers imported by the British, as well as neighbouring Thai make for the most exciting Eastern smorgasbord.

For those brave enough, the hawker food is simply sublime. The hastily set up street corner cafes are usually overflowing with locals and tourists looking rather pleased with themselves. The Penang signature dish is called Char kway teow – a tantalising concoction with seafood, chicken and noodles – definitely not to be missed! And there are, of course, some fabulous restaurants serving international fare, including one that revolves to provide an ever-changing view of Penang. But don’t come here expecting to discover the source of Penang curries, so common among Thai restaurants in the UK. In Penang, a Penang curry is about as common as a frosty morning.

Hours can be spent wandering the narrow streets of George Town. It’s a treasure trove. It can also be done by bicycle– cheap to rent and a good way of shedding some of the excess cals that have inevitably been picked up in this foodie heaven. Even a gentle stroll through the park and along the seafront promenade is glorious. Perch on a sea wall and you’ll find friendly locals eager to chat and share insights into their remarkable city.

The street art is genuinely interesting. It takes various forms, from painted murals to physical installations. You’ll find a complete mix of materials. It’s guaranteed to bring a smile.

Aside from the art, the patchwork of narrow streets hide magnificent Chinese temples. The old wooden shophouses and beautifully aged window shutters are picture postcard perfect.

And there is the eating and drinking. George Town comes alive in the early evening, especially around Little India and the bars of Love Lane.

And it’s not just George Town you will want to explore. The surrounding areas, including the cooler climes of Penang Hill, are exciting discoveries too if you have the time. 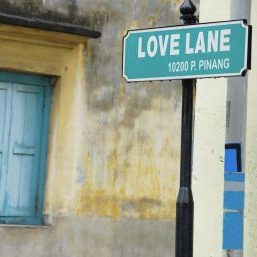 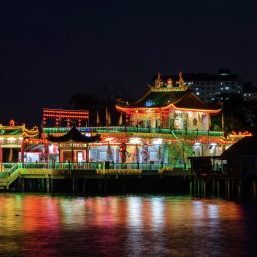 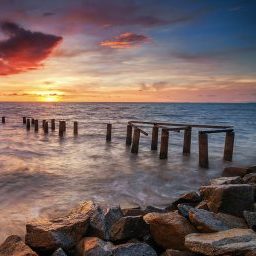 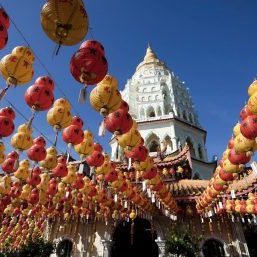 Fantastic holiday organised by Yonder. We were very impressed with the personalised service and the attention to detail. We will recommend you to our friends.

This place is the embodiment of Penang in Malaysia. Located along the historic Macalister Road, it’s cool, arty and has fantastic food. What’s more, although it is set around a lovingly restored colonial mansion built in the early 1900, it has a quirky contemporary feel, although the love-them-or-hate-them art installations might come as a bit of a surprise.

The Eastern & Oriental in Malaysia's Penang – known simply as `the E&O' to generations of travellers – has stood for well over a century as a testament to the grand elegance of the British colonial era.

If you only do three things in Penang…

Give your taste buds a riotous treat by exploring the remarkable food scene, an exciting meeting of diverse gastronomic influences.

Roam the streets in a rewarding quest for magical artworks.

So much to explore in Penang

Where to go in Penang

We made a great discovery along the way: a personalised iceball. Apparently a 1970s Penang trademark, it’s a form of ice-lolly made from a block of ice which is shredded before your eyes and moulded into a ball. We loved the mango flavouring. Hester, the ice guru, added it to the crushed ice and, hey presto, we had a tailor-made lolly!

We made a great discovery along the way: a personalised iceball. Apparently a 1970s Penang trademark, it’s a form of ice-lolly made from a block of ice which is shredded before your eyes and moulded into a ball. We loved the mango flavouring. Hester, the ice guru, added it to the crushed ice and, hey presto, we had a tailor-made lolly!