Udaipur: the City of Love. In the minds of many, it is the most beautiful destination in Rajasthan if not in the whole of India. The city’s amazing palaces, temples, havelis and narrow, colourful streets are set beside Lake Pichola, a heart-achingly romantic, with the wooded Aravalli Hills on all sides.

Despite the inevitable hordes, we still can’t resist a couple of nights surrounded by Udaipur’s magnificent sights. Almost any travel brochure you pick up will have a picture of Udaipur as the main image and it’s not without reason. James Bond decided it was the perfect place to chase villains in the 1983 classic Octopussy and more recently The Best Exotic Marigold Hotel was filmed there.

Founded in 1553, Udaipur is the historic capital of the kingdom of Mewar. The Maharana of Udaipur is the King of Kings. And over the last five centuries this image has been reinforced through the construction of a spectacular city, surrounded by five interconnecting lakes, ornate palaces and lush gardens. The City Palace, built over 400 years, is befitting of the Maharana’s status. It is said to be the largest of its kind in Rajasthan. It is perched on a hill with the city on one side and Lake Pichola on the other, and you’ll be awestruck by the size. And yet within this vast place you’ll find intricate carvings, delicate mosaics, rooms paneled with mirrors and colourful stained glass, not to mention the exquisite furniture, art and fabrics.

Lake Pichola forms the centrepiece of the city , around which you’ll find the famous landmarks and the best hotels in Udaipur . And when we talk about ‘best’, we mean it. Udaipur is home to The Oberoi Udaivilas which was the World’s Number One Hotel in 2015, voted for by Travel+Leisure magazine. But, perhaps inevitably, given its allure, there are plenty of luxury hotels in Udaipur. Udaipur’s most famous luxury hotel, The Lake Palace – probably the most romantic hotel in the world – is actually on an island in the lake. Aside from these stunning specimens, we have also selected smaller boutique hotels in Udaipur. Whilst they can not compete with the larger luxury hotels, they are more intimate and occupy impressive locations that match their more prominent rivals.

The Lake Palace Hotel isn’t the only building in the lake. Jag Mandir, also known as Lake Garden Palace, is easily accessed by boat from the main pier. If you would like a more memorable visit than just a brief sojourn and have a notable date coming up, then why not rent the entire island palace and throw a party like the stars of Bollywood? Nothing could be more romantic, darling!

However, Udaipur’s most famous hotel is actually in the lake. The Lake Palace Hotel isn’t the only building in the lake. Jag Mandir, also known as Lake Garden Palace, is easily accessed by boat from the main pier. If you would like a more memorable visit than just a brief sojourn and have a notable date coming up, then why not rent the entire island palace and throw a party like the stars of Bollywood? Nothing could be more romantic, darling!

Udaipur is rich with culture. Often referred to as the ‘Venice of the East’, Udaipur is sophisticated and elegant, renowned as a centre for performing arts and crafts.

Most of the streets in the old part of Udaipur converge around the City Palace. The Jagdish temple is a prominent Hindu shrine that you’ll be certain to pass. It’s a pleasure to walk around, see the narrow alleyways and haggle with the locals over all kinds of wares.

Still within the city, but a short drive from the City Palace, are the beautiful gardens of Sahelion Ki Bari, with perfectly manicured lawns, colourful beds, lotus ponds and array of fountains.

And if you have time on your hands, travel a little further afield, actually 92km to be precise, is the extraordinary Jain temple at Ranakpur. Constructed entirely of marble, it is said to be the most beautiful of the Jain temples of India. The hilltop fort at Kumbhalgarh is in the same direction. It’s spectacular. Built by one of Mewar’s great warriors, Kumbalgarh has seven huge gates enclosing seven cascading ramparts with circular bastions, all helping to protect the templates and inner fort at the top of very top.

Udaipur undoubtedly has fabulous hotels. At the same time it is one of those places that richly rewards exploring. So that presents the discerning traveller with the best of conundrums. Leave your luxurious confines for a few hours of magical exploration? Or stay and enjoy the utter hedonistic indulgence. Oh, if only all life’s choices were as sweet.

Udaipur is a cosmopolitan city with a wide selection of international restaurants but the quality can be a little hit and miss. The indian cuisine is reliably good but as Udaipur is such a popular destination for the domestic market, the food tends to be on the spicy side.

The locations of the Yonder hotels make going out for dinner a bit of an excursion. Reaching the centre of Udaipur involves either a boat or a longer-than-desired car ride after a few glasses of Sule (decent Indian red wine). The food in the hotels is exquisite so you won’t be missing out. If you are keen to dine amongst the (Bollywood) stars, then lunch when you are already in town is a better option. 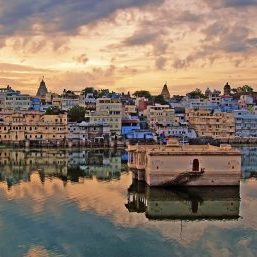 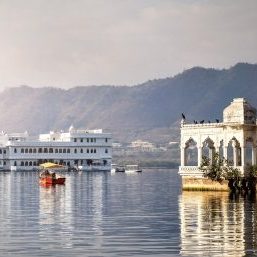 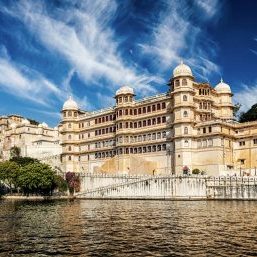 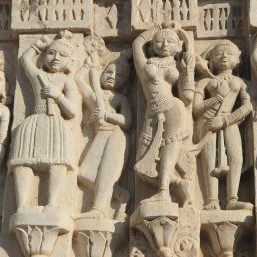 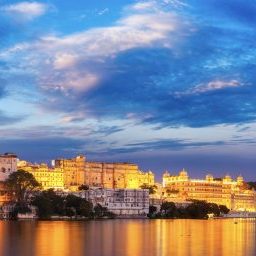 We were thoroughly looked after at all hotels and the sights and experiences arranged for us by Yonder were all first class. Keep up the good work guys.

Nestled seamlessly in the sandy grasslands of Rajasthan’s western wilderness, where leopards roam free against a backdrop of formidable granite rock formations, the SUJÁN JAWAI is a masterclass in minimalist elegance.

A stunning and spacious villa with an infinity pool set on its own bay just a short drive from chic Hvar town. This is true paradise with the beach immediately in front of the house and a range of sundecks and terraces around the villa to lounge on.

With only 20 rooms, the Amet Haveli is a treasure trove of history dating back to 1752 set in a perfect location on Lake Pichola. Rooms are delightfully idiosyncratic with intricately carved windows and decorative coving. Small plunge pool and superb restaurant.

A former hunting estate of the Maharana of Udaipur on the edge of the city, the Trident is a superb value-for-money option, ever reliable, with excellent service, good food and standards of cleanliness second to none. Brilliant location and wide-ranging facilities.

In a league of its own, the Oberoi Udaivilas is a sensational creation of Mughal style domes, charming pavilions, reflection pools and ornate fountains with views over Lake Pichola, together with opulent interiors and exquisite dining. Linger and luxuriate.

The most iconic and romantic hotel in India. Set upon Lake Pichola, everyone from Jacqueline Kennedy to James Bond have enjoyed spectacular sunsets from its rooftop. Interiors are charming in their faded elegance. Sumptuous rooms come complete with Butlers.

If you only do three things in Udaipur…

Get out onto Lake Pichola at sunset. The view of Udaipur from the water is spine-tingling.

It’s the City of Love. Take time just to hold hands and wander through the old streets and absorb the mesmerising sounds and smells of this stunningly beautiful city.

Find your way to the top of the City Palace and look out over the city through the highest windows, spectacularly framed with colour stained glass.

So much to explore in Udaipur

Where to go in Udaipur

Somewhere to go and forget the world, allowing a complete rejuvenation of the soul.