Mumbai is India’s largest city, the financial engine that drives one of the world’s largest economies, the pinpoint of the country’s cricket obsession and the creative epicentre that is home to the booming Bollywood film industry.

Colourful and chaotic, it is a city of epic extremes. Mumbai’s enigmatic mix of stunning architecture sits alongside some of the world’s largest slums. Hidden bazaars and colourful spice markets neighbour some of the finest international restaurants. Ancient temples and historic docklands that haven’t changed for centuries can be experienced alongside the glamour of Bollywood.

Mumbai encapsulates modern India. Home to everyone from slumdogs to millionaires, it’s bubbling with creativity, boiling over with constant commerce, and a pulsating, frenetic and mesmerising metropolis that will take your breath away.

Locals still fondly refer to Mumbai by its former name, Bombay, and you’ll experience the city’s history in swathes, from its impressive, grandiose colonial buildings to sari-sheathed women in colourful traditional dress carrying loads on their heads.

The city is home to Chhatrapati Shivaji Maharaj Terminus railway station (better known as CSMT) – an intricate mix of Indo-Saracenic, Islamic and British styles and the most spectacular gothic colonial era building in India. And if you’re not staying at the historic Taj Mahal Palace Hotel, India’s second most photographed monument, it is also a must-see.

You can get a fascinating insight into the inner workings of one of Mumbai’s oldest industries with a visit to Sasson Docks – a patchwork of docklands where crates of fresh seafood are constantly arriving, being sorted, prepared and traded. Ancient cave carvings of Elephanta Island, which date from between 450 and 750 AD, are a UNESCO World Heritage Site and the city’s main Shiva temple is a beautiful blend of ornate courtyards, pillars and shrines. 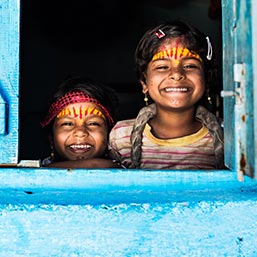 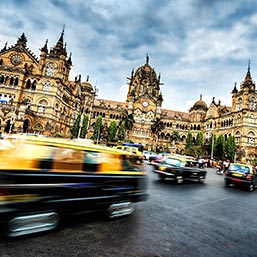 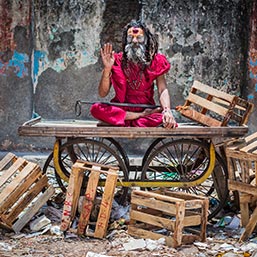 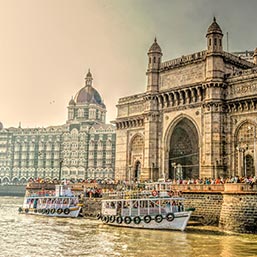 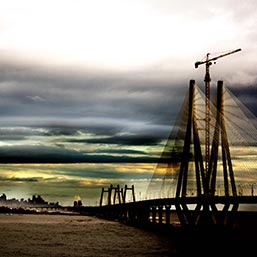 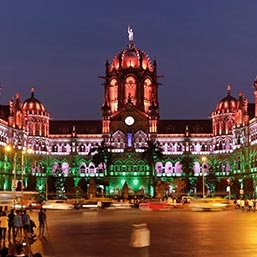 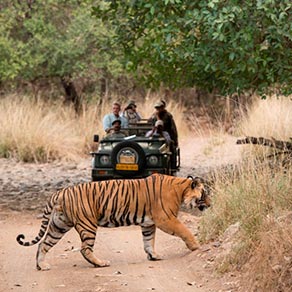 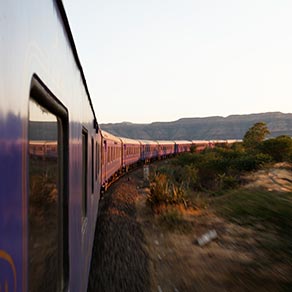 Trident Nariman Point has a superb location at the heart of bustling Mumbai overlooking the sea. Soaring 35 storeys high, it offers panoramic views of the Marine Drive or the Queen’s necklace, as the beautiful promenade is lovingly called.

The Taj Mahal Palace hotel is not only a historic luxury hotel that has played host to the most illustrious of guests but it is Mumbai’s greatest landmark in its own right.

There’s a reason the Maharaja’s Express is known as the palace on wheels. It is one of the world's great luxury train experiences and a completely unique way to explore northern India.

If you only do three things in Mumbai…

Marvel at the Gateway of India, a colossal structure modelled on the Arc de Triomphe.

Go to the cinema and experience the colourful atmosphere of a Bollywood film.

Our charming guide Amir asked us if we wanted to see the lunch run. Off we went to Churchgate station where dabbawalas, or food delivery boys, delivered 200,000 lunches to office workers in a finely-tuned display of precision.

Our charming guide Amir asked us if we wanted to see the lunch run. Off we went to Churchgate station where dabbawalas, or food delivery boys, delivered 200,000 lunches to office workers in a finely-tuned display of precision.