Enthralling and historical, Jaipur, the Pink City, occupies a special position in popular folklore. As the capital of flamboyant Rajasthan, it conjures up images of Maharaja’s palaces, hilltop forts and a noble people. And it does not disappoint.

The city’s kaleidoscopic, chaotic streets are an intoxicating mix of the past and the future. Buses somehow manage to avoid sauntering camels, while snail’s pace cycle-rickshaws act as the ‘safety car’ to swarms of motorbikers with F1 fantasies. And at the heart of all the madness, the glorious monuments of Jaipur’s majestic past ignore the mayhem with a haughty disdain.

We can’t think of a single reason why a holiday in Rajasthan would not include travel to Jaipur. And it seems we aren’t alone, judging by the enormous number of accommodation options. In keeping with its majestic character, some of the best hotels in Jaipur are actually palaces. And we’ve selected two. As far as luxury hotels in Jaipur go, you won’t find anything that even comes close to our favourites. One is a sprawling crenulated landmark, whilst the other is a masterpiece of interior design bringing alive the Jaipur boutique hotel scene.

So much to explore

As your driver steers you through the lime plastered pink walls of the old city, you’ll encounter more rickshaws than your senses can process at one time, while tuk tuks (or auto-rickshaws are they are known) loiter, looking for their next fare and the occasional classic car, meticulously maintained, takes a dazzling dawdle amongst the cows which wander the streets and the hawkers sell their wares.

Mixed in amongst this are the polishers, metal workers and stone cutters who have honed their skills over centuries to become top of their trades. A melting pot or what?

Jaipur has a rich pedigree. The City Palace, still home to the current Maharaja, is a fabulous place to spend a few hours with your Yonder guide exploring the many museum rooms, taking in everything from fine tapestries and silken rugs to armour and weapons of war.

Among Jaipur’s classic sights is the Hawa Mahal, or the Palace of the Winds. It’s a unique, five-storey building, looking rather like a honeycomb, attached to the City Palace and constructed in 1799 of red and pink sandstone for the wives of the Maharaja to sit behind screened windows to watch the street scenes and public festivals below.

Just a stone’s throw further is Jantar Mantar, the royal observatory completed in 1734, which contains 19 astronomical instruments of which the sundial is one of the largest in the world.

No visit to Jaipur is complete without getting your driver to take you to the fairytale Amer Fort (often referred to as the Amber fort). Jaipur’s star attraction, it is a 30-minute ride outside town. It’s a UNESCO world heritage site castle perched on the top of a hill and without doubt one of the prettiest forts in Rajasthan.

On the way, you’ll pass Jal Mahal, the Water Palace, a classic blend of Rajput and Mughal architecture standing in the waters of Man Sagar Lake on the outskirts of the city.

The capital of Rajasthan has it all. There are plenty of exciting places to visit in Jaipur and it is the kind of city where one can easily spend a few days roaming the sites and relaxing in some excellent hotels.

The reputation and workmanship of the Jaipur craftsmen makes the Pink City heaven for those in search of quality metalwork and textiles. The gem cutters, many of whom have shops lining the street outside the Hawa Mahal, are experts in their trades (but have also been known to take advantage of unsuspecting tourists, so beware).

Like every great Indian city, Jaipur’s cricket ground has a special place in the hearts of the locals and there is no way that you’ll visit Jaipur without your Yonder guide pointing it out.

If you’ve got a hankering to get your driver to park up your air-conditioned limo while you experience a local form of transport, Jaipur is a great place to haggle with a rickshaw-wallah to take a short ride between inner city sites.

You’ll be overwhelmed with options for eating out in Jaipur. The Indian cuisine choices are endless, with some decent restaurants on offer. And despite Rajasthan’s associations with royal kitchens, there are also some super tasty dishes that are staples in the poorer desert communities, where fresh produce is less abundant.

Jaipur also has a small selection of Western restaurants where the food is generally good. Somewhat inevitably, however, pasta or pizza in India is not as you know it!

There are some good watering holes, with everything from contemporary urban interiors to Mughal inspired floor seating. The bars, many of which are within the city’s bustling hotel scene,  tend to be busy at the weekends. 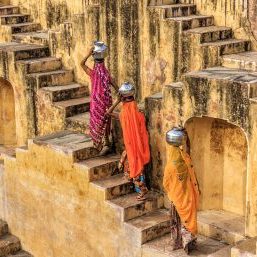 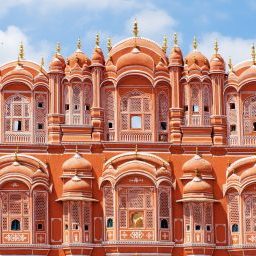 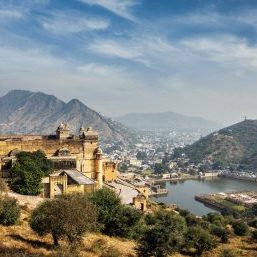 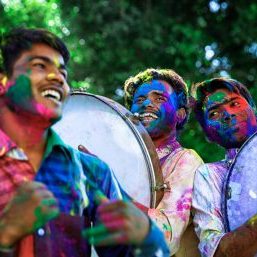 We are well traveled but have never had such an exceptional holiday experience. Everything was efficiently organised and from the minute we arrived we were exceptionally well looked after

The itinerary was perfect. And thank you for the incredibly kind gifts prior to leaving and on our return. These little touches made an amazing experience even better.

Take me There
Show More

Rajasthan is best known for its many palaces that have been transformed into luxury hotels but there are a number of secret historical haveli dwellings like 47 Jobner Bagh that are utterly charming.

This jewel in the Taj’s crown offers 78 stunning grand luxury rooms and suites, once the chambers of the Maharaja. The palace retains its splendour with vintage cars, guards on horseback and exquisitely uniformed staff. Mughal gardens and exceptional cuisine.

If you only do three things in Jaipur…

Kill two birds with one stone and amble round the City Palace, finishing up with a pose in front of the Hawa Mahal.

Climb the steps up to the Sheesh Mahal, or the Palace of Mirrors, in the Amber Fort. It’s finely decorated with thousands of mosaic mirrors to create the most spectacular illusions.

Go to Jantar Mantar to set your watch by one of the world's largest sundial (its 27 metres tall!). You’ll actually see the shadow move 1mm every second.

So much to explore in Jaipur

Where to go in Jaipur

Sunil, our guide, was from the high Brahmin caste and immensely proud of his beautiful pink city. His knowledge was immense and thankfully he also knew the best place to stop for an ice-cold beer!

Sunil, our guide, was from the high Brahmin caste and immensely proud of his beautiful pink city. His knowledge was immense and thankfully he also knew the best place to stop for an ice-cold beer!

A quickfire round of frequently asked questions from the almost-married...